The Galmont Hotel is located on the Wild Atlantic Way

The Galmont Hotel is located on the Wild Atlantic Way

The Wild Atlantic Way, 2600 km in length, is one of the longest defined coastal routes in the world.

It winds its way all along the west coast from Inishowen Peninsula in County Donegal down to the picturesque town of Kinsale, County Cork. This route from start to finish unfolds the wonders of nature, the power of the ocean and its imprint on the west coast of Ireland, and the stunning countryside in all its diversity.

Galway City is the only city located directly on the route, and with its medieval past and contemporary culture, it is one of the most colourful cities in Ireland.

Spend some time in Galway City Centre, see Eyre Square or sit on the walls of the Spanish Arch where the River Corrib flows. Don’t miss a stroll down Shop Street, where talented buskers play. After dark, head to the buzzing high-end restaurants, traditional pubs, and chic bars.

Tucked alongside the Atlantic Ocean next to sweeping bays, craggy inlets and some of the rarest and most precious wild terrain in the world, County Galway is an obvious choice for your Wild Atlantic Way getaway.

Galway is one county that knows how to make the most of its charms.

When the sun is out in Galway, there’s no better place to be than at Salthill. Sheltered among the many beachy coves along this Blue Flag-designated shoreline, you can sunbathe, explore among the rocks, join the swimmers in the lapping waves, or simply relax.

Stretching from the Atlantic shore towards the mighty Twelve Bens, Derrigimlagh blanket bog is one of Europe's most magnificent wetland environments and a place of wonder, innovation and daring. The bog boasts a rich archaeology, dating back over 6,000 years but also has a remarkable modern history. In the early 20th century, Derrigimlagh was at the centre of two outstanding transatlantic technological achievements: the first in communications, the second in transport marking the beginning of an era of modernity.

Thrumming with wildlife and a treasure trove of prehistoric sites, the Connemara National Park is easily one of Ireland’s most beautiful. A bird watcher’s delight, its 2,957 hectares of mountain, forest and grassland boast three unmissable trails that with scenery in spades.

Dunguaire Castle has stood proudly on the site of the 7th-century stronghold of Guaire, the King of Connaught, for centuries. Today the Castle provides an insight into the lifestyle of its inhabitants from 1520 to modern times. Dunguaire also hosts evening medieval banquets and entertainment, featuring extracts from literary greats such as Synge, Yeats, Shaw and O’Casey. 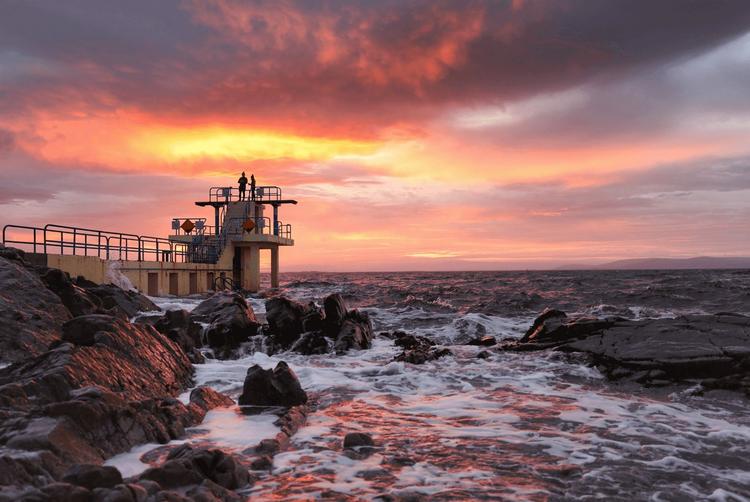 County Mayo boasts both northern and western Atlantic coastlines, beginning with the southern and western end of the Surf Coast and merging with the northern reaches of the breezy Bay Coast. With surf meccas, ancient sites, plunging mountainsides, and unspoilt wilderness making up a beautiful patchwork of built and natural heritage, it’s the perfect place to get away.

Keem Bay, Co MayoKeem Bay on Achill Island, Ireland's largest island, nestles at the head of a valley between Benmore cliffs and Croaghaun Mountain. To reach this idyllic spot just follow the Atlantic Drive to Keel and then westward via a cliff-top road with spectacular views of the Atlantic Ocean. The beach, which is lifeguarded during the summer months, is very popular with swimmers and is the site of a Blueway snorkel trail. If you're feeling so inspired there are several activity providers in the area that offer equipment hire and tuition or you could keep your feet dry and your eyes peeled for the porpoises that regularly visit this sheltered bay and stage amazing acrobatic displays. 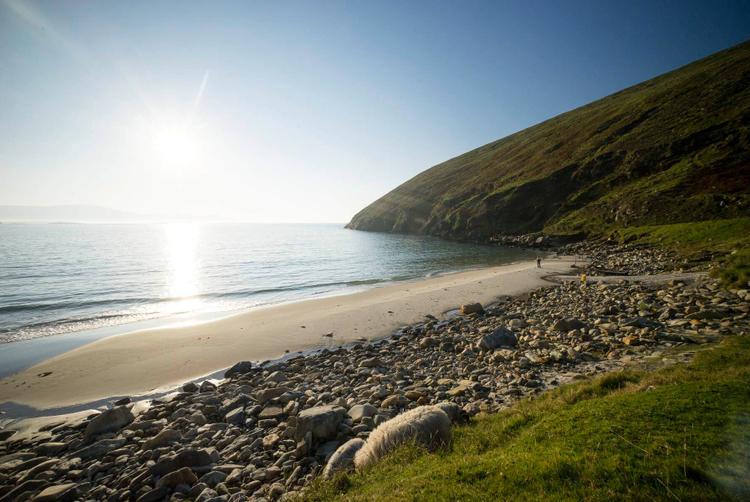 Looking for a taste of life on the edge? You couldn’t do much better than the captivating coastal county of Clare. Tucked away on the Cliff Coast, this unique landscape has been beautifully shaped by the Atlantic elements.

The Cliffs Of MoherThe iconic Cliffs of Moher are one of Ireland's most visited natural attractions. Stretching for 8km (5 miles) along the Atlantic coast of Clare, the cliffs reach 214m (702 feet) at their highest point at Knockardakin.

Midway along the cliffs you'll find the environmentally friendly visitor centre set into the hillside. Here, you can also discover O'Brien's Tower, a 19th century viewing tower, and access 800m (2624 feet) of protected cliff side pathways with viewing areas.

There are many vantage points from which to admire the awe-inspiring Cliffs of Moher. From the main platform, you can see the south cliffs toward Hag's Head, a natural rocky promontory that resembles a seated woman. From the North Platform, you can spot An Branán Mór sea stack, home of guillemots and razorbills, as well as the Aran Islands and, if the conditions are right, the famous surfing wave known as 'Aileen's'. Continue on about 5km (3 miles) from here and you'll arrive in the village of Doolin. And if you'd like to see the puffins that reside on Goat Island instead, head for the south Platform.

On the splendid Loop Head Peninsula, right on the very western edge of Clare, you’ll find this pristine lighthouse, a driving route peppered with beautiful flora, the headland teeming with coastal birdlife and views that unravel all the way to the Cliffs of Moher. Head to the top of the lighthouse to take it all in from a 90-metre height and keep an eye out for the 160+ dolphins that call these waters home. 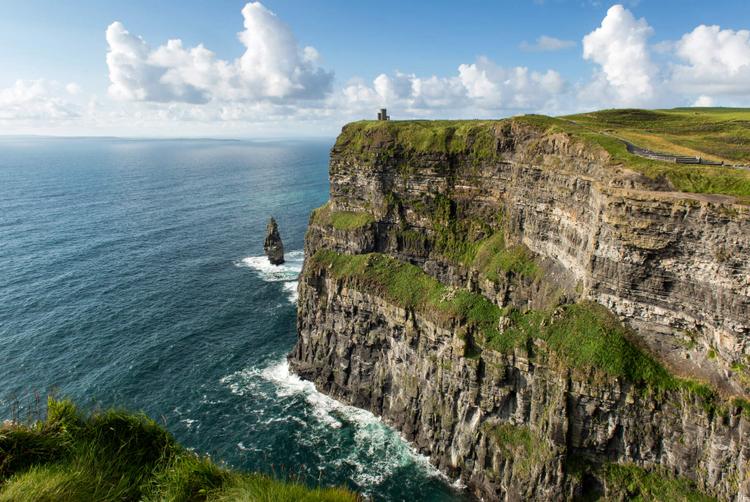